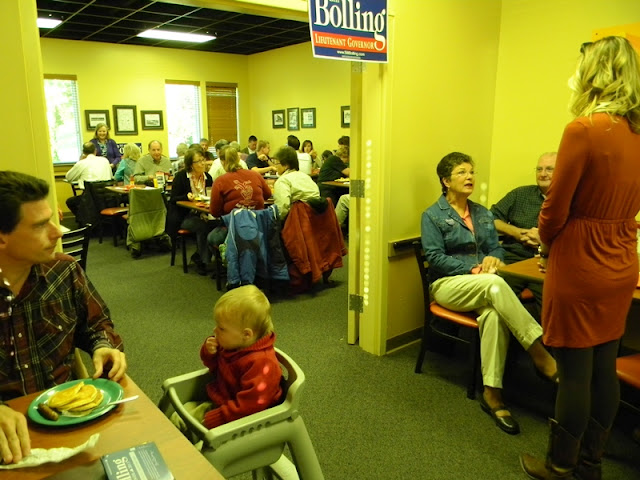 The crowd of 65+ overflowed to tables outside the private dining room. 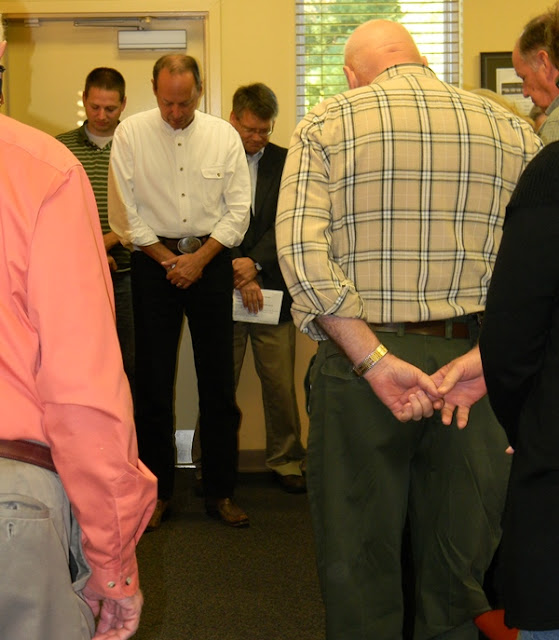 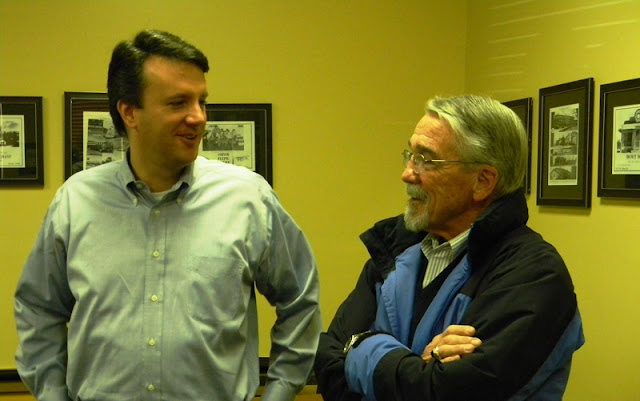 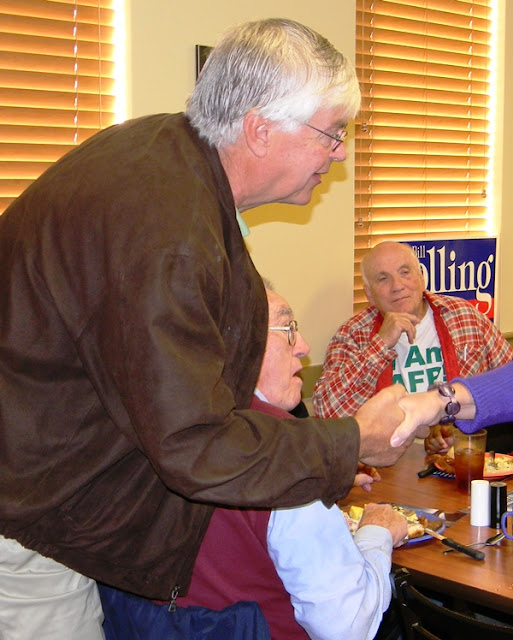 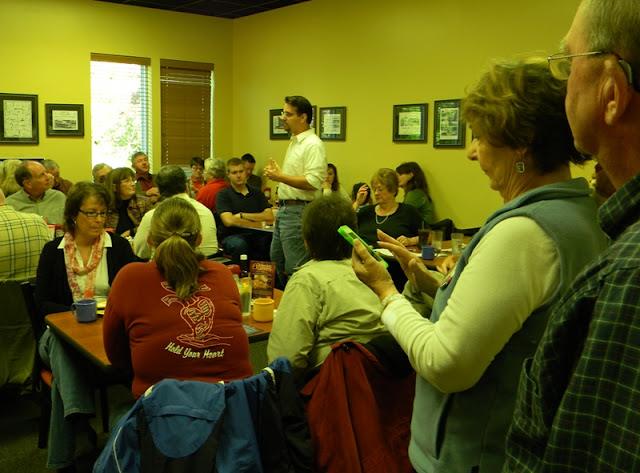 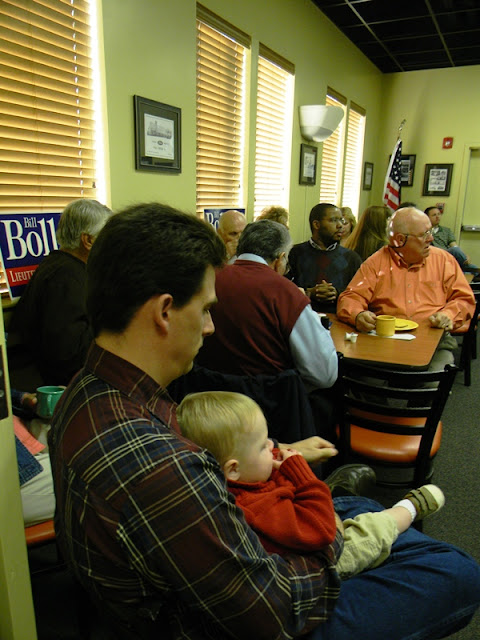 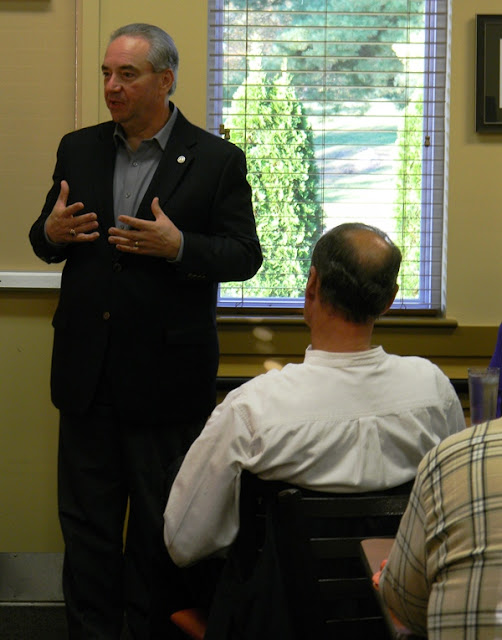 Bill Bolling was first elected to serve as the 40th Lieutenant Governor
of Virginia in 2005 after campaigning throughout the state and in Augusta County. Re-elected in 2009, he was appointed as Virginia’s Chief Jobs Creation Officer to serve in Governor Bob McDonnell’s cabinet where he has worked with the Governor on getting the Commonwealth’s economy going again and creating jobs.
The Lieutenant Governor is heading up Virginia’s 2012 Mitt Romney for President campaign, and he is running for Governor of Virginia in 2013. 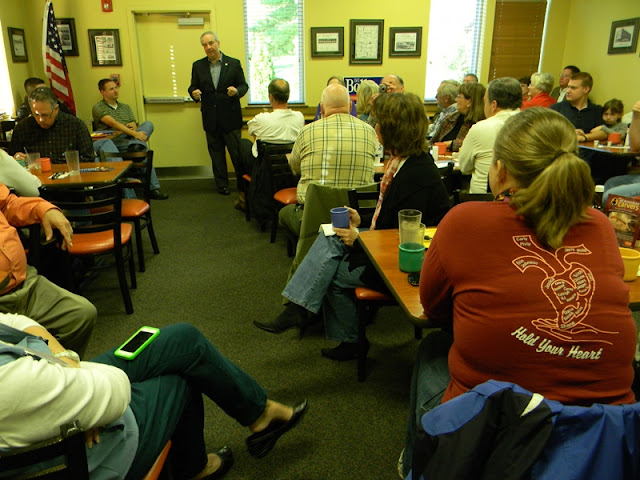 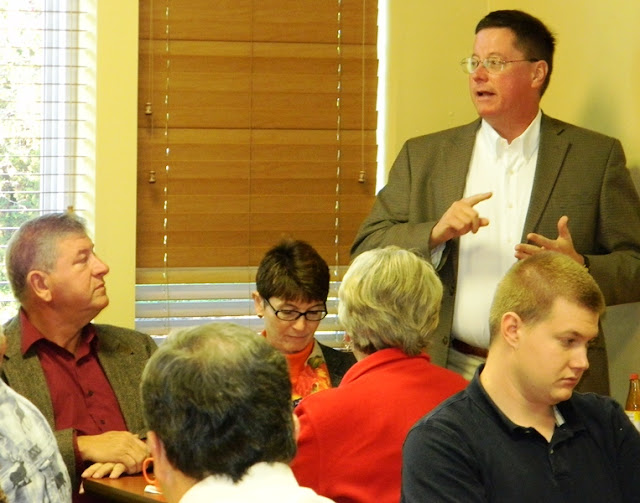 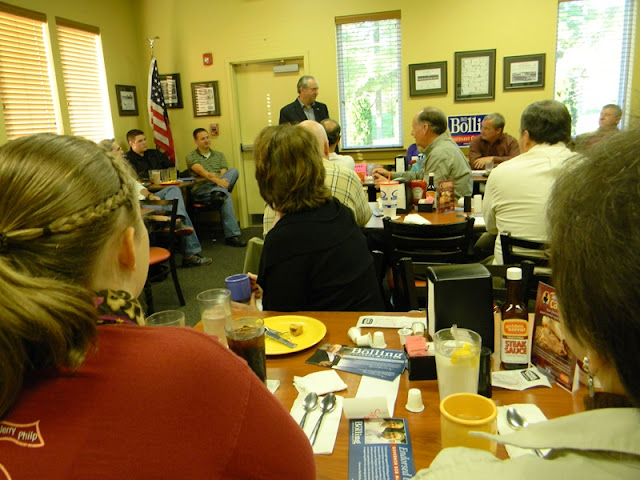 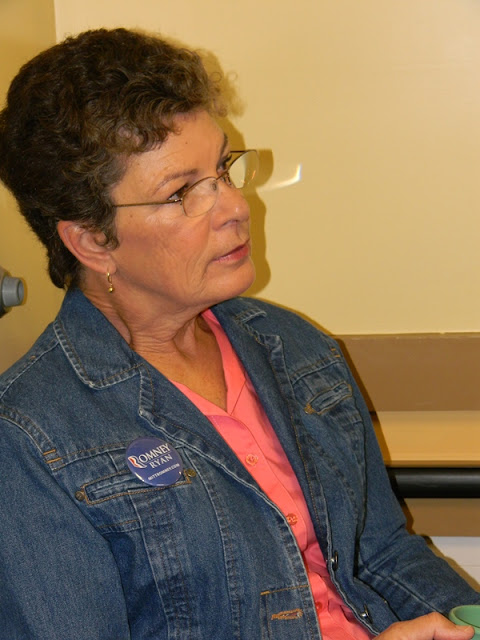 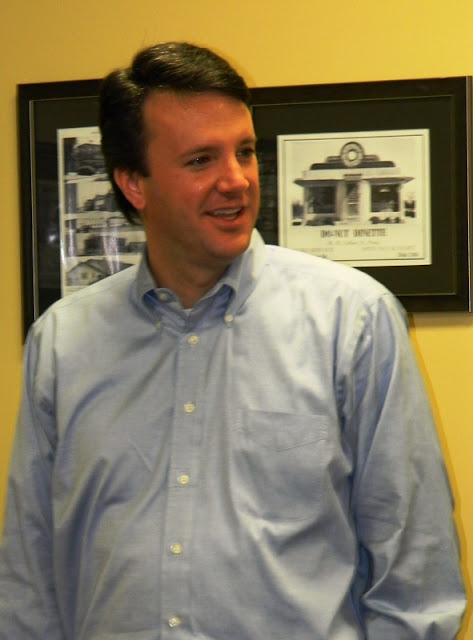 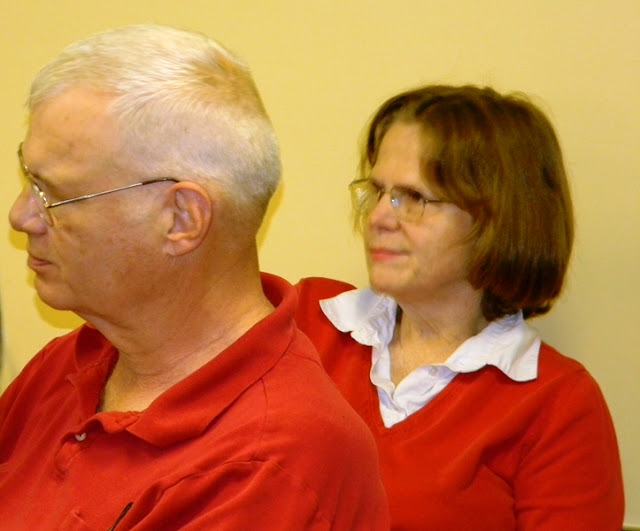 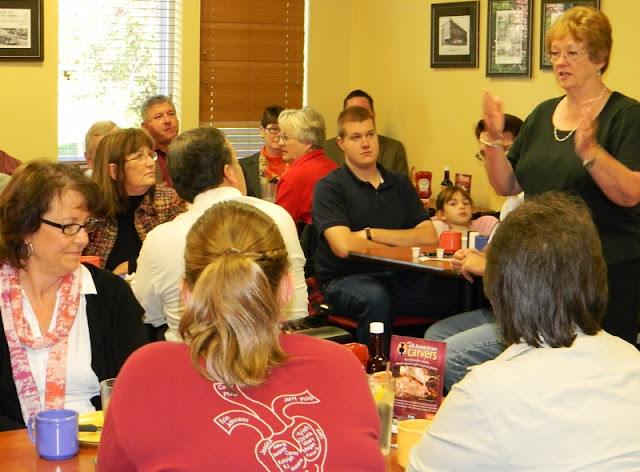 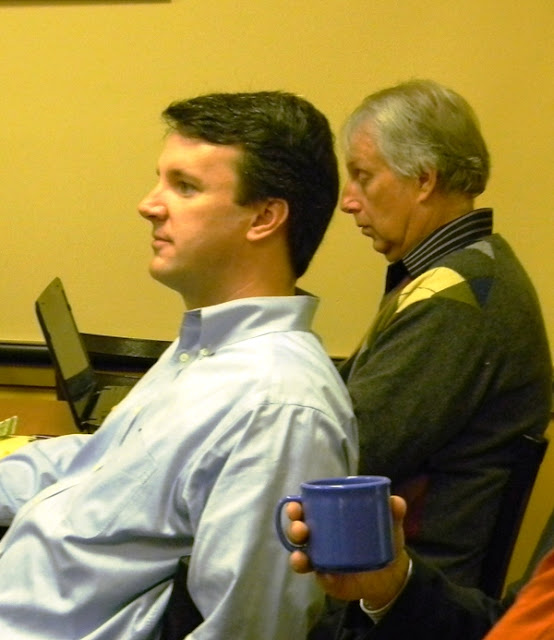 Reporter Bob Stuart with the Waynesboro News-Virginian was busy at his keyboard (see article) as Del. Cline listened to the Lieutenant Governor. 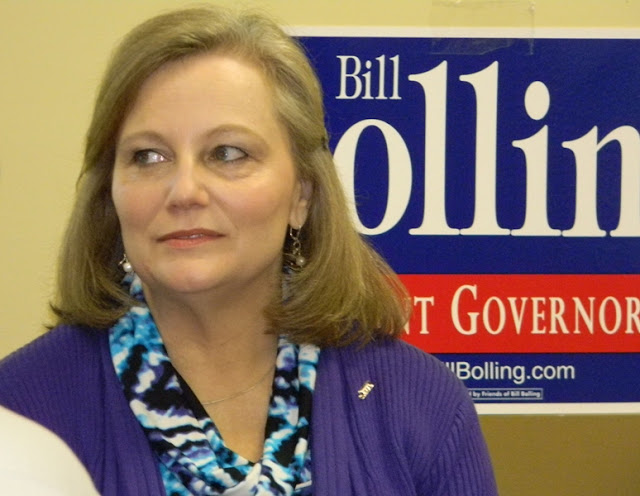 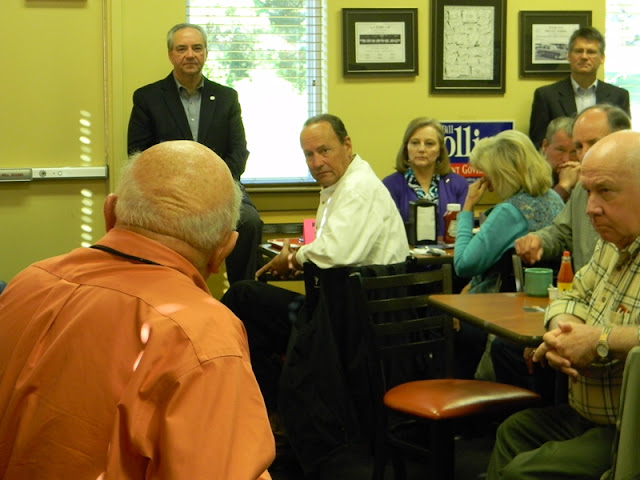 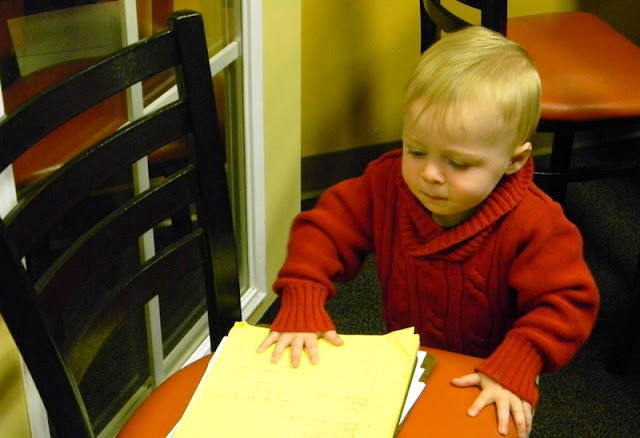 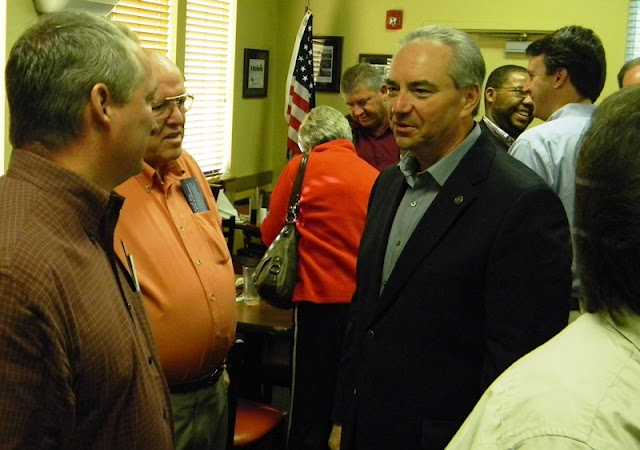 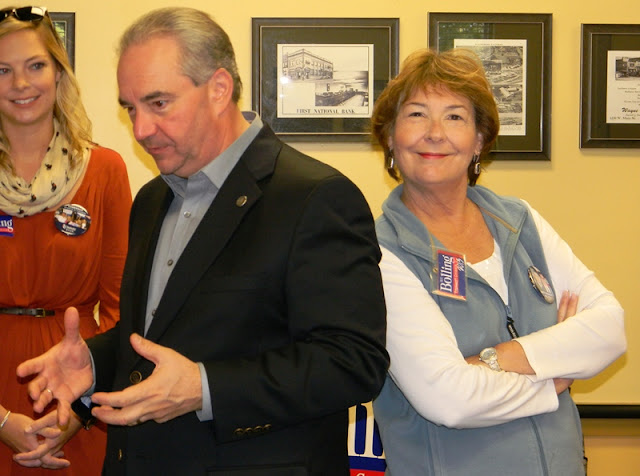 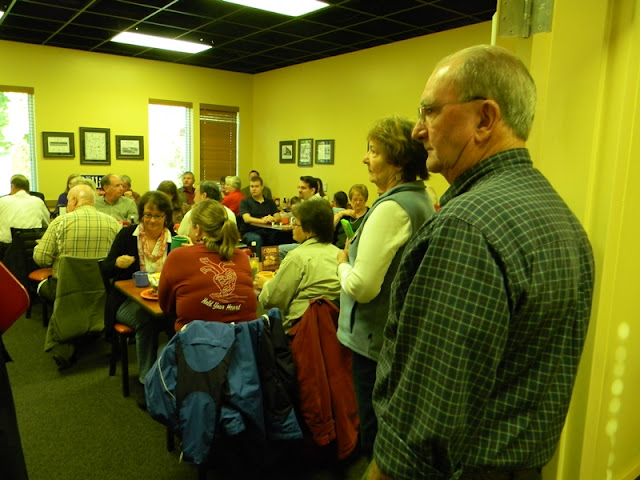 It was standing room only as the crowd overflowed out the doors. 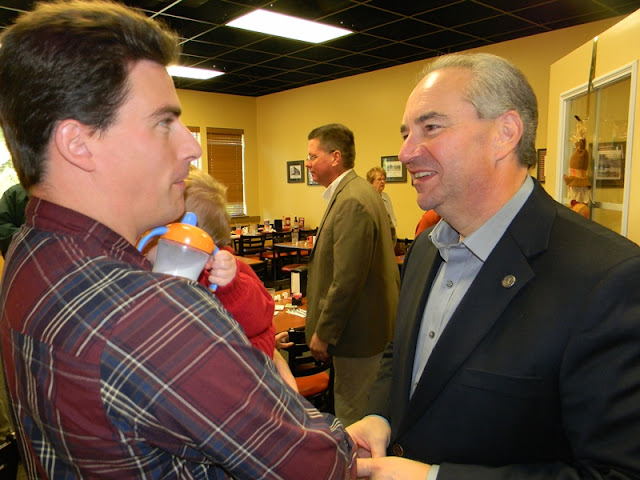 Saturday’s SWAC Political Breakfast provided a great opportunity for Valley Republicans as the Lt. Governor fired up the troops for the GOP ticket in these crucial final three weeks leading to Election Day.

Thanks to reporter Bob Stuart for covering the event (front page, News-Virginian, Sunday, October 14, 2012), and to everyone for coming out to show support for the GOP and to welcome Bill and Jean Ann Bolling to the Shenandoah Valley.