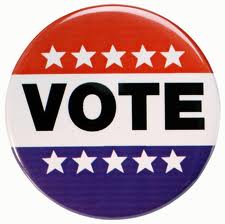 When Perry failed to qualify with 10,000 minimum signatures, he filed a lawsuit against the Commonwealth’s State Board of Elections and the Republican Party of Virginia to have his name added, and was joined by three other candidates who failed to qualify: Newt Gingrich, Jon Huntsman, and Rick Santorum. Last week’s denial led to this week’s appeal.

Two candidates, former Massachusetts Governor Mitt Romney and Texas Congressman Ron Paul, turned in the required number of signatures and were certified to appear on the ballot.

But the judge said Perry should have filed the suit while collecting the required 10,000 signatures, which Perry failed to do by last month’s deadline. Perry appealed Gibney’s ruling over the weekend and today a three-judge panel of the appeals court also turned him down.

Perry’s poll numbers have him trailing behind the others at this point so it may be a moot point but if he wants to appeal, that option is available although time is running out.

The judges noted that Perry should have appealed before the petition deadline if he felt the law was not constitutional but to wait until the eleventh hour after failing to qualify was not acceptable:

“The requirements have been on the books for years. If we were to grant relief, we would encourage candidates for president who knew the requirements and failed to satisfy them to seek at a tardy and belated hour to change the rules of the game,” wrote the panel.

Ironically, Perry has been a proponent of states rights — even blasting the federal government’s intrusion as recently as Tuesday’s presidential debate in South Carolina — so some question the wisdom of challenging a state’s election process.

Perry’s campaign said they are weighing their options.