Bolling: GOP Has a House Speaker but at the Cost of a Bitterly Divided Caucus 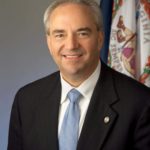 The drama created by twenty recalcitrant Republicans is over, but the question that remains is this: how can a caucus that is so bitterly divided, and has such a narrow majority, govern when big issues are on the table?

Email a friend: Bolling: GOP Has a House Speaker but at the Cost of a Bitterly Divided Caucus