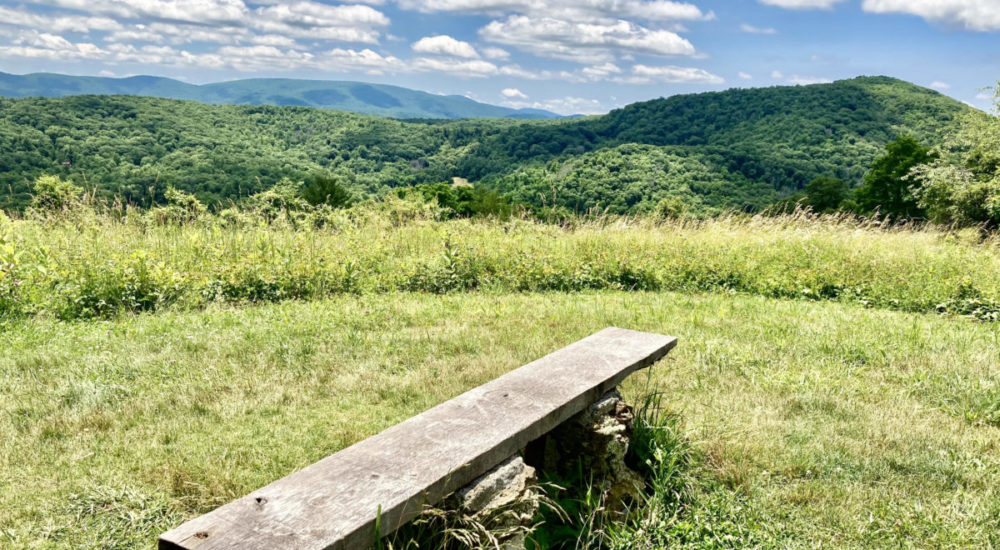 View From the Editor’s Desk: On a Lighter Note

Politics is exhausting these days, not that it isn’t like that on a regular basis. For today I needed a break so took a look at the lighter side of life.

It was a rainy Tuesday here in the Shenandoah Valley with a high temp in the low 60s – a repeat of yesterday. We needed the moisture, and the cool temps were a nice respite from the hot temps of July and August. According to online weather meteorologist DT at WxRisk.com, the heat of summer has broken for this year and, while warm weather isn’t over, the lack of 90 degrees registering on the thermometer is a reminder that fall is around the corner.

Summer veggies and fruits: Bearing Drift content partner Mike Fletcher wrote a light-hearted piece about peaches.  A peach is summer sunshine in a fuzz-covered orb whose juiciness and yumminess is fleeting. Unless, that is, you freeze it. Mike’s wife stopped at Carter Mountain with its expansive mountain vistas on the outskirts of Charlottesville to stock up. There’s Chiles, also outside Charlottesville, and Saunders Brothers near Lovingston, to name a few of the mountain area orchards that provides the summer veggies and fruits. Better grab them while you can.

When I was a kid, my mother and Aunt Ruth used to pick bushels of peaches at an orchard somewhere around the Richmond area. Mom would peel and slice a mountain of peaches, storing some for eating, and packing others into small plastic containers that were stacked in the auxiliary freezer. Those were for our school lunches. On a school morning when packing our lunches, Mom would add a frozen container of peaches in the bottom of the bag that helped keep the sandwich cool, and by the time I opened the container at lunch time, it was mostly thawed but still cold with some icy edges. Yum!

Elvis … 45 years later. Anyone who can remember hearing the news of Elvis’ death 45 years ago is, well, older. That’s me and I remember it very well.

My mom, two sisters, and I were at Mountain Lake Resort in southwest Virginia when we heard the news on the radio. My dad had died two weeks earlier after a two-year battle with cancer. Mom rented a cabin at Mountain Lake – it was actually a swimming lake in those days – and so we drove from Richmond to the healing atmosphere of a mountaintop in rural Virginia.

The morning that Elvis died, we had piled in the car to drive to a hiking destination. Since there were no TVs or radios in the cabins – and long before cell phones were in our pockets to alert us to the latest news flash – we had no idea what was going on in the outside world, nor did we want to know. This was a retreat, a chance to dry our tears and re-find our laughter.

So as we started the car, the radio came on and it was playing an Elvis song. We were excitedly chatting about our upcoming hike while driving down the mountain road as another and then another Elvis song came on, and I think someone mentioned that the DJ must be on an Elvis kick that morning. When the DJ came on-air, in a very somber voice he talked about Elvis’ death.

And that’s why I remember where I was when hearing about that musical icon’s death.

New England: Interestingly, a couple of weeks later in that summer of ’75, Mom rounded us up for one last trip before school started, this time to New England. She drove and we girls helped navigate with our AAA TripTik with places to see along the way to Vermont.

Sometimes the impromptu journeys are the ones that become the most memorable. It was amazing how many places we saw between Richmond and Stowe, VT: Boston including Harvard’s campus; Newport, Rhode Island; Cape Cod, Hyannis, and Martha’s Vineyard (and while in that area Mom heard from the hotel clerk that one of her favorite singers, Eddie Arnold, was performing in an outdoor concert so she bought tickets for us all and we sat under the summer night sky near the ocean).

We hit historical spots like Concord, MA, where we walked to the location of Henry David Thoreau’s cabin on Walden Pond; toured Orchard House where the four Alcott sisters, subjects of Little Women written by Louisa May Alcott, grew up and where I touched Beth’s piano, a big deal to someone who read the book multiple times.

And of course we visited Concord’s Sleepy Hollow Cemetery where many notable Americans are buried: authors Louisa May Alcott, Henry David Thoreau, Ralph Waldo Emerson, Nathaniel Hawthorne and Washington Irving (pretty appropriate considering he penned “The Legend of Sleepy Hollow”); industrialist and philanthropist Andrew Carnegie, owner of Chrysler Corporation Walter Chrysler, and Standard Oil Company co-founder William Rockefeller. Oh – and Francis Church, editor of the New York Sun who penned the beloved “Yes, Virginia, there is a Santa Claus” column. And many others.

History nerds that we were, we had to also visit Concord and Lexington, MA, where the “shot heard round the world” took place during the Revolutionary War. Somewhere along the way we realized we would pass Fall River, MA, where Lizzie Borden was acquitted of chopping her father and stepmother to death with an axe, so we drove past the house.

Then onward north through New Hampshire to Vermont for scenic mountain roads, a drive to the top of Mount Mansfield that is Vermont’s highest peak, and we fell in love with Stowe. Good memories.

Email a friend: View From the Editor’s Desk: On a Lighter Note