#PWCBattleground: Yesli Vega Adds to Her Endorsements for Supervisor

*This article is part of the ongoing series #PWCBattleground, featuring updates and analysis for the 2019 races in Prince William County*

Yesli Vega, a former police officer and Prince William County Sheriff’s deputy, announced in December her campaign for Coles District Supervisor in Prince William County. The seat is being vacated by long-time incumbent Marty Nohe, who is running countywide for Board Chairman.

Vega is seeking to become the first minority elected to the PWC Board of Supervisors.

Later this month, the PWC GOP will determine the method of nomination for the seat, which is also being sought by Pat Sowers and Paul O’Meara.

In her bid to win the nomination, Vega has rolled out some impressive endorsements for a first-time candidate. She was previously endorsed by Brentsville Supervisor Jeanine Lawson and former PWC GOP Chairman Dottie Miller. Today, Vega announced that she has been endorsed by former Attorney General (and Nokesville resident) Ken Cuccinelli.

“Yesli Vega is a breath of fresh air, and a bright spot for the future of the Republican Party in Prince William County and Northern Virginia,” said Cuccinelli. “We’ve been hoping for someone like her to come along that can expand our appeal and bring the gospel of conservatism to communities that haven’t traditionally voted Republican. I believe Yesli fulfills those hopes.

“On issues our county government deals with – taxes, spending, law and order, development, even occasionally the right to life, given the recent debate over the so-called ‘ERA’, Yesli is a full spectrum conservative. She’ll be a tremendous asset to the taxpayers of Prince William County, and I am pleased to give her my full endorsement and support in this race.

“Yesli has already served the citizens of this county with courage and integrity. And she put her life on the line to do it. I have no doubt she’ll bring that same courage to the county board of supervisors. Nobody will bully or intimidate her into selling out her constituents,” said Cuccinelli.

Cuccinelli concluded, “From what I hear, I think it’s likely that next week’s (fundraising) filing will show Yesli with a fairly large financial advantage over her opponents. She is also the most consistently conservative candidate on the issues Republicans in the district care about. Not only is Yesli the most conservative candidate in the race, she’s also the most electable in the general election. Who can argue with that combination? We must nominate someone who can hold this seat while running against an energized Democrat Party.”

Yesli is a mother and a military wife, and graduated from the American Military University and the Northern Virginia Criminal Justice Academy. She served in the Alexandria Police Department before their family moved to South Korea for a deployment. Upon moving back, she joined the Manassas Park PD. You can read more about her on her website at yestoyesli.com 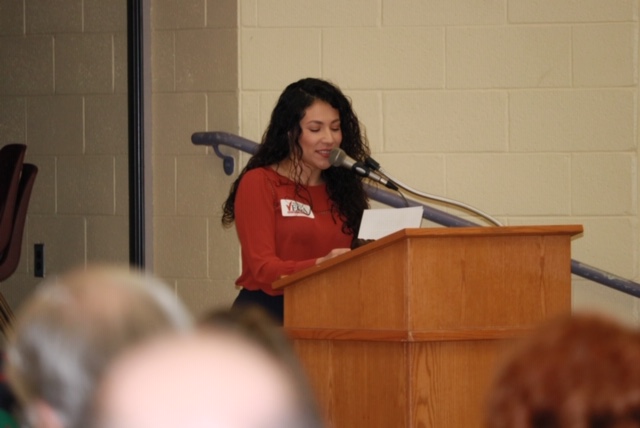 Vega, Sowers, and O’Meara are running to join a strong and unified Republican ticket in Prince William County. A strong win in the county would reverse the downward slide in the Northern Virginia suburbs, and could help ensure Republicans keep control of at least one chamber going into 2020 redistricting while setting the stage for a comeback for the party of Lincoln and Reagan in Virginia.

Photos from “Friends of Yesli Vega”

Email a friend: #PWCBattleground: Yesli Vega Adds to Her Endorsements for Supervisor