In one of the biggest events to hit the central Shenandoah Valley in years, the Republican presidential team of Mitt Romney and Paul Ryan will hold a rally in Fishersville at the Expoland fairgrounds.

Doors will open at 4:00 p.m. Thursday, October 4, at Expoland with the rally slated to begin at 6:00 p.m. Country music star Trace Adkins will appear with them.

On Sunday afternoon an airplane was seen flying over Charlottesville pulling a banner than read, “Romney here 10/4.” There’s more than one way to get the word out. 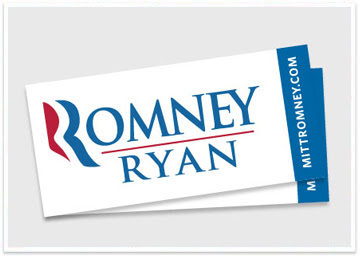 All attendees will go through airport-like security and should bring as few personal items as possible.
No bags, sharp objects, umbrellas, liquids, or signs will be allowed in the venue. Cameras are permitted.

To RSVP and get your ticket, please visit: www.mittromney.com/states/virginia