George Allen comes out a winner at the U.S. Senate debate at The Homestead 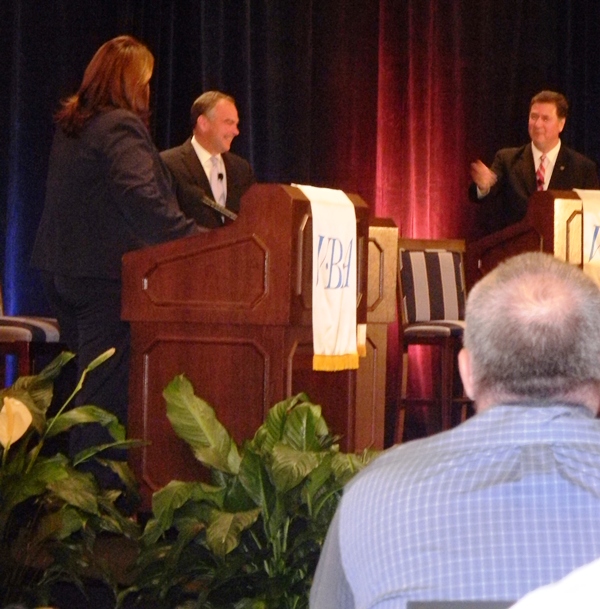 Tim Kaine resorted to consistent name calling and badgering of George Allen during the 75-minute exchange while saying he could be the one to work across the aisle. I guess he meant as long as it was not George Allen across the aisle … serious lack of statesmanship on Kaine’s behalf.

George Allen was the only one to find common ground with Kaine and even highlighted times when he joined with Senator Hillary Clinton and Senator John Kerry on legislation. Kaine’s response? He dug up fifteen-year-old quotes from Allen who had criticized Clinton and Kerry. All that proved was that George Allen could still work with Democrats on issues they agreed on even if he did not agree with them on other issues. And Kaine thinks this is a bad thing?

I took particular exception to Kaine’s accusations that Allen “voted for two wars” without any concern about how to pay for them. That was a smug and condescending charge. After 9/11 when this country suffered the worst terrorism attacks in its history, Congress and President George W. Bush acted as quickly as possible to protect the American people and our homeland. To bring that non-partisan issue of national security into a debate is an eye-opening look into Kaine’s leadership — or lack of — if this country ever faces another disaster.

In the end, Kaine was interested in name-calling while George Allen showed he was the only candidate in this race serious about listening to hard-working Virginians who feel that their voices are not being heard in D.C. 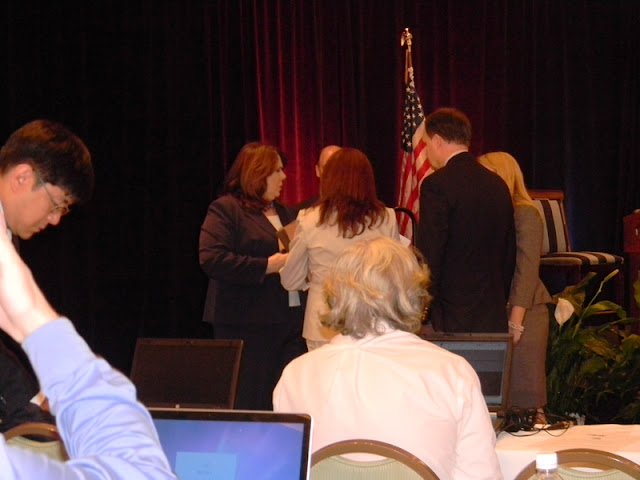 Journalists and bloggers pre-debate. More than two dozen reporters and photographers as well as TV cameras recorded this moment in Virginia political history. 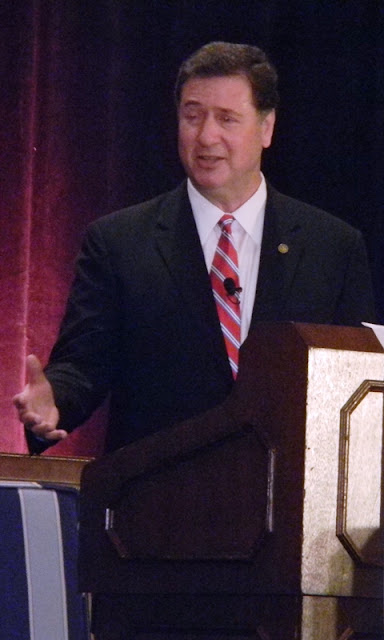 Allen came across as passionate about representing the people of Virginia. Known in the past for his “listening tours,” he has continued to listen to the Voices of Virginians and has heard what they have said. Allen stressed that he wants to reinvigorate the entrepreneurial spirit, create more jobs, and tell the world that America is open for business again, all issues that are expanded on in his Blueprint for America’s Comeback. 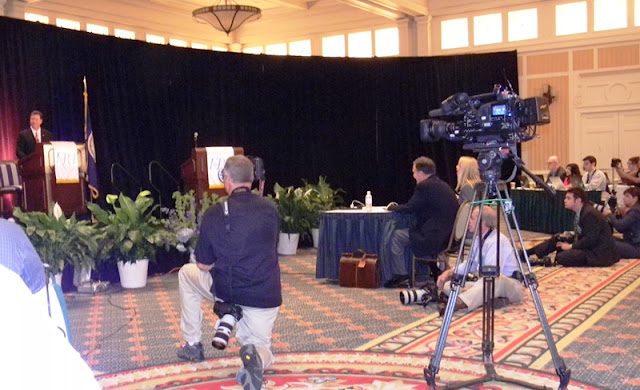 Dozens of reporters, photographers, and videographers were on hand. 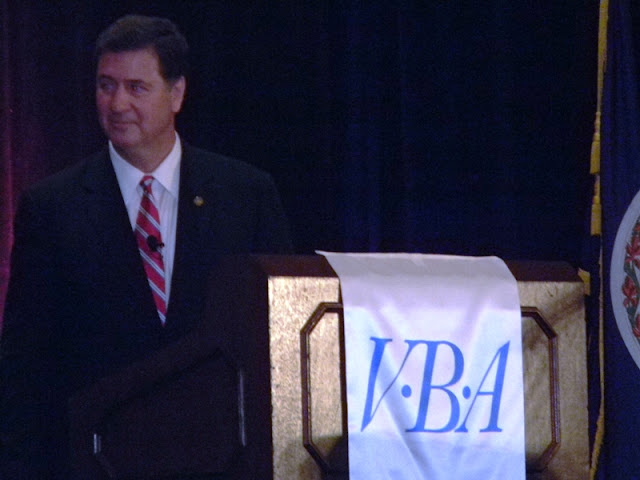 George Allen said he wanted to be the deciding vote in the Senate to repeal ObamaCare. 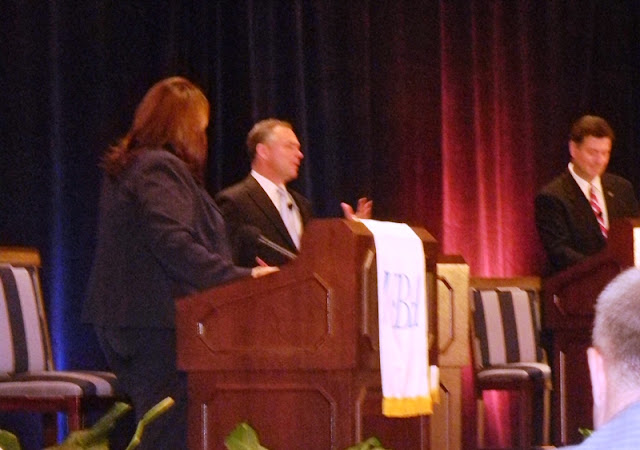 Kaine practically flipped out when Allen pointed out that he had been hand-picked by Obama to be chair of the Democratic National Committee, and that he would be Obama’s Senator, not Virginia’s, because of his close ties to the President. Kaine shot back that he was offended by such a remark and his body language showed his agitation as he rocked back on his heels. George Allen, who had stopped talking when interrupted by Kaine, went on to make his next point.

I think Allen struck a nerve which caused Kaine to react in a negative way and not as a leader.

Perhaps a nerve was struck because Tim Kaine sided with President Obama over the people of Virginia on the $800 billion stimulus that Kaine said was to “jump-start the economy” but that has only left us deeper in debt and without jobs that were promised. Kaine called ObamaCare “one of the great achievements of this president,” saying it would “control costs and lower costs for middle class families who are struggling.”

Perhaps a nerve was struck because, as Governor, Kaine proposed nearly $4 billion in new tax increases including raising taxes on Virginians earning as little as $17,000 a year. Over 100,000 jobs were lost during Kaine’s term as Governor, and he made significant cuts in higher education that increased tuition at Virginia colleges up 30 percent. As Obama’s hand-picked DNC chairman, he spent his last year as Governor traveling the country promoting Obama’s policies.

Reporter Bob Stuart of the Waynesboro News Virginian noted, “The usually amiable Kaine also went for the jugular in character attacks on Allen, describing the former senator and governor as a partisan politician and practitioner of  ‘smash-mouth politics.’ ”

Interesting that the very thing Kaine was accusing Allen of was what he himself was actually doing during the debate. 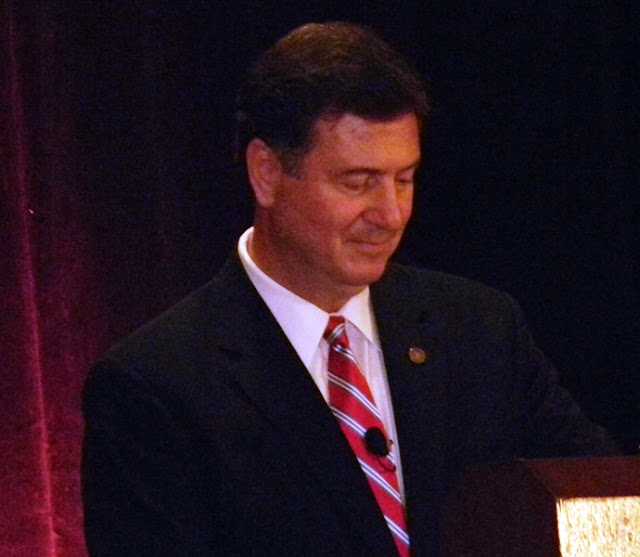 Governor Allen made notes as Kaine responded to a question. 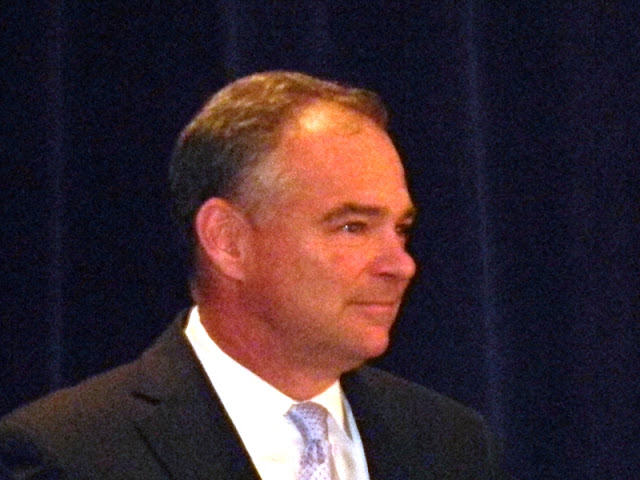 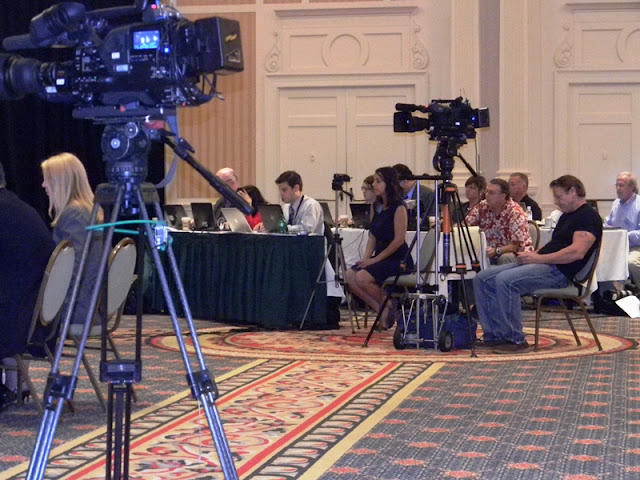 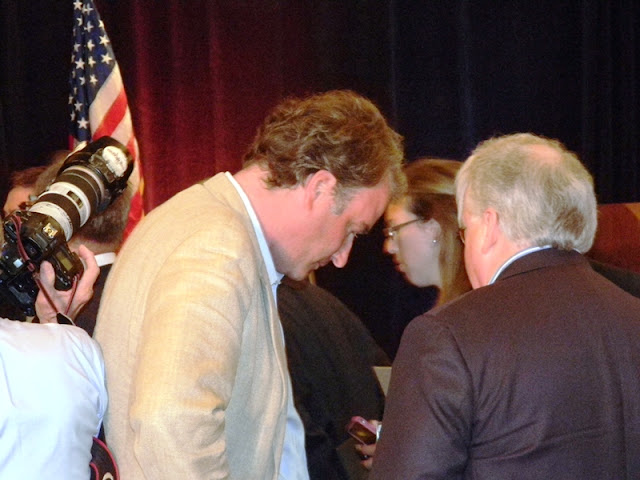 After the debate, Congressman Robert Hurt said, “George Allen has demonstrated he is the only candidate in this race listening to the voices of hard-working Virginians hurting under Washington’s failed policies. George Allen understands that leadership is about setting priorities and bringing people together to accomplish those goals. His proven record of standing up for Virginia sets him apart from Tim Kaine’s record of tabling tough decisions.
“As our military is facing $500 billion in cuts and Virginia could lose 200,000 good-paying jobs, we need a partner in the U.S. Senate who will be a leader in stopping these devastating cuts. George Allen will be Virginians’ voice in Washington with the leadership and proven record we need to turn around our economy.” 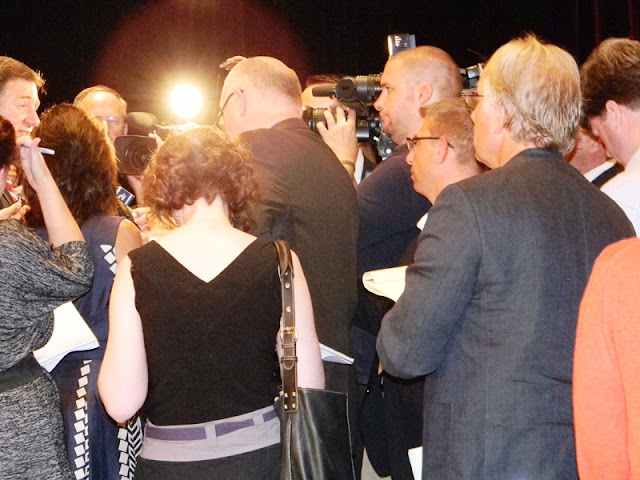 Allen also said Kaine closed VDOT rest stops when there was $1 billion left in an account at the state agency.

The choice in November is between two men who disagree on how far government’s hand should be in the pockets of citizens. Tim Kaine’s combativeness is not the tone that is needed, and his alignment with Barack Obama shows that he will support and continue the failed policies of this President.

Thank you to the Virginia Bar Association for once again opening the venue to the press and bloggers.

Noticeably absent: Jeff Schapiro from the Richmond Times-Dispatch. And I still miss seeing Tyler Whitley, formerly of the RTD, at these events. He was a walking encyclopedia of Virginia politics.

Email a friend: George Allen comes out a winner at the U.S. Senate debate at The Homestead