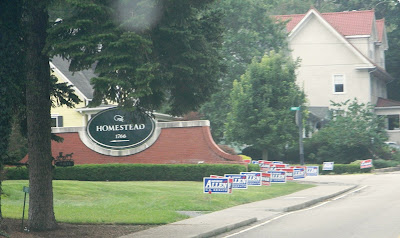 The entrance to The Homestead gave a clue there was something going on. 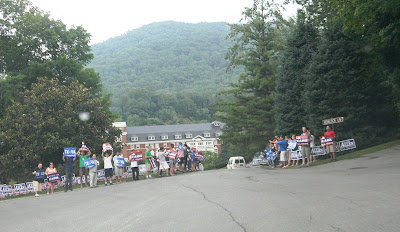 Sadly, we had to run the gauntlet before we could get to the front door. 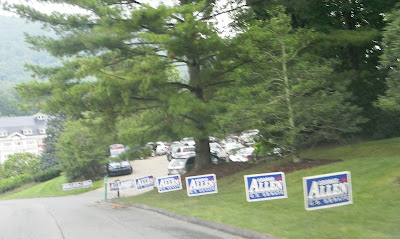 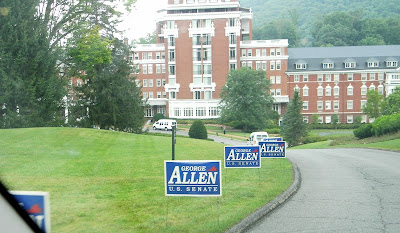 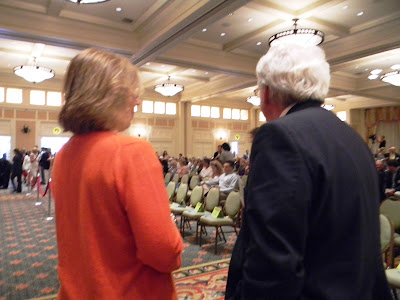 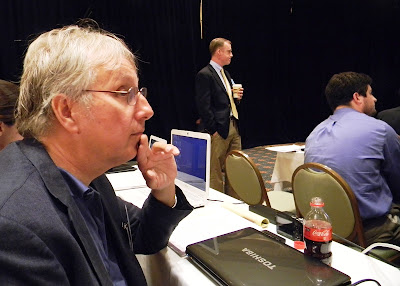 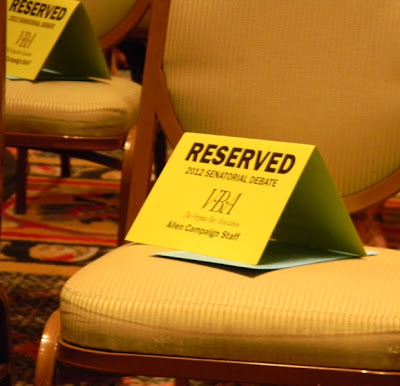 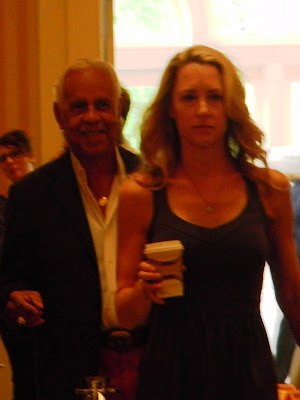 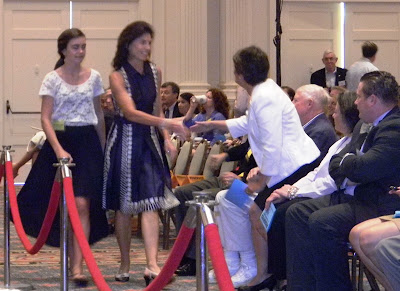 Mrs. Allen (center) as she arrived for the debate. 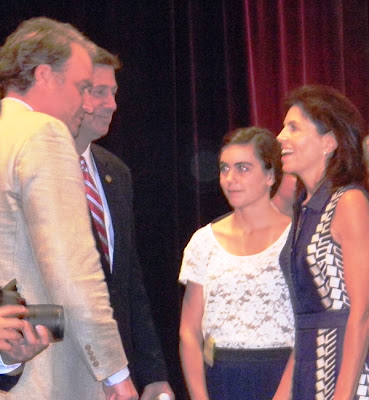 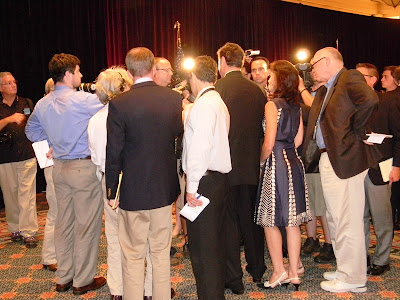 Kaine exited immediately after the debate without talking to anyone but George Allen was surrounded by the press. 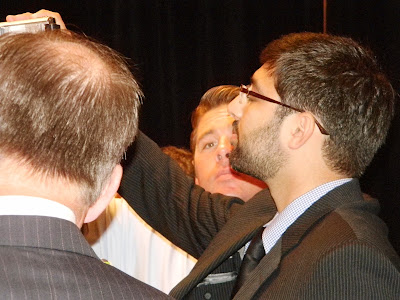 … and there was the Democratic tracker Alan whom I first wrote about in May 2011 after a George Allen luncheon in Staunton that I had headed up. I’ve seen him on the campaign trail since. I think the guy behind him looking at me is the second guy who was in Harrisonburg with Alan tracking Governor Allen in May of this year.
Photos by Lynn R. Mitchell
The Homestead
July 21, 2012