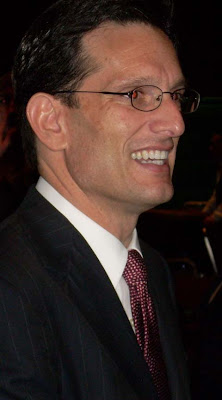 “Mr. Chairman, I rise today in support of the House Republican Budget Resolution offered by my friend and colleague, the gentleman from Wisconsin, Chairman Paul Ryan.

“Mr. Chairman, people in this country are looking, they are desperate to see a strong signal from Washington that we are prepared to make the tough decisions necessary to address our nation’s fiscal crisis. Today we will pass our budget that proposes real, honest solutions to create a stronger economy and a more certain future for our country.

“Our budget takes bold steps that will get the fiscal house in order and will manage down the debt and deficit. It also strengthens the entitlement programs, which are the biggest drivers of our debt. It reforms the tax code, and prevents devastating defense cuts from taking place – all without raising taxes.

“Mr. Chairman, we are seizing the opportunity to address what even the Minority has admitted is “the most predictable economic crisis in our nation’s history.” Unfortunately, Mr. Chairman, those on other side of the aisle seem to refuse to be able to deal with this crisis and actually propose a solution.

“The Democratic-controlled Senate has failed to pass a budget in over 1,000 days, shirking its responsibility to the American people. And the President has refused to put forth any serious solution to pay down the historic debt and deficit that he helped create. In fact, the President’s budget will actually aggravate the nation’s problems.

“President Obama’s budget saddles the American people with massive tax increases, puts more burdens on job creators, weakens our military and fails to provide a plan to save our entitlement programs. I believe these policies will fundamentally change our nation for the worse.

“In contrast, Mr. Chairman, our budget restores the system of free enterprise system that has made America the greatest nation in the world. We propose a simpler, fairer and more competitive tax code that will actually foster economic growth and job creation.

“Instead of picking winners and losers, our plan levels the playing field. Our budget lowers tax rates for all taxpayers, broadens the base, and gets rid of loopholes and preferences, so we can grow the economy and see more jobs created.

“Further, our budget seeks to save our entitlement programs. We actually produce a plan to solve the disproportionate cause of our deficits, the health care entitlements. This commitment to lead, this commitment to find solutions and to actually put a plan in place is what has been missing from the debate in this town.

“We ask our colleagues on the other side of the aisle to join us in that commitment to actually adopt a plan, so that we can begin to make progress, so we can send a signal to the American people that we get it, that we are here to help solve the problem.

“Mr. Chairman, House Republicans are offering the American people a choice in terms of the direction this country will take. And I thank Chairman Ryan and the members of his Budget Committee for their hard work to produce this pro-growth, solutions-oriented budget.

“This document does begin to address the serious fiscal challenges we face and grow the economy so that our children have the same hope, opportunity and ability to achieve success that our parents gave to us and their parents to them.”

Congressman Cantor, who represents the 7th Congressional District of Virginia, is the Republican Majority Leader in the U.S. House of Representatives.